Mucosal surfaces are the interface between the host and its commensal microbiota. In newborns the first microbial encounters (or lack of them) have the potential to imprint the mucosal epithelium and immune system in a beneficial or detrimental manner. Therefore, the neonatal period (from birth to weaning) has been labeled as the “window of opportunity” for this essential crosstalk between host and microbiota to happen.

Neonatal responses to the microbiota have mostly been described in the intestine and in the lungs, which are both composed by simple epithelium. These early reactions have rarely been studied at mucosal sites that are covered by a stratified multilayer epithelium, such as the oral cavity. This study aims at uncovering the kinetics and the long-term effects of microbiota colonization of the neonatal oral mucosa.

Koren and colleagues show that in mice the oral bacterial load peaks at 1 week after birth and then progressively declines during weaning. This trend is opposite to that of the intestine and lungs where the load increases from birth to weaning. The high microbial burden in the oral cavity induces γδT cell-mediated production of IL-17 that drives recruitment of neutrophils to the neonatal epithelium. Moreover, the presence of the microbiota in these initial weeks is critical for proper thickening and sealing of the oral epithelium, and to induce secretion of salivary antimicrobial components. 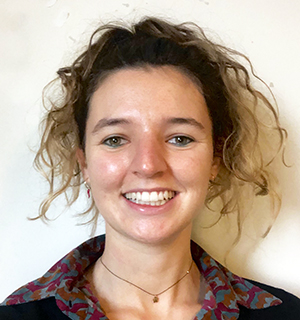