Gut feelings: how the microbiota influences the neuroanatomical substrates of social bonding in a sex-specific manner

Growing evidence shows a pivotal role for the gut microbiota on the brain development, which may impact on behavior, too. Effah et al.’s recent article deals with this topic: the authors studied the oxytocin receptor’s expression and distribution in conventional and germ-free rats, paying attention to age and sex.

Oxytocin is a neuropeptide hormone that mediates a broad spectrum of sexual, reproductive, emotional, and social behaviors in mammals and is critical for postnatal neurodevelopment. Its effects on social bonding and on stress-related behaviors is sex-dependent.

The upregulation of oxytocin receptors in certain brain regions of male germ-free rats may reflect a compensatory consequence of alterations in central oxytocin levels. Low levels of central oxytocin go hand in hand with high receptor density in the brain and with the emergence of social deficit and emotional impairment.

Importantly, these data point to the presence of sex differences in the microbiome-gut-brain axis, which agrees with previous studies. In fact, some data suggest that gut microbiome is a crucial regulator of estrogen and testosterone levels in experimental animals. Therefore, the elimination of microbiota in germ-free rats could cause a profound disruption of gonadal hormone levels which in turn would affect oxytocin receptors.

Germ-free rodents exhibit deficits in social behavior, altered anxiety-like behavior and exhibit increased repetitive stereotypic behaviors which are reminiscent of autistic spectrum disorder phenotype, and this phenotype is much more pronounced in male mice, in line with the higher incidence of ASD in male humans.

This study is thus an important starting point for future research on the role of the microbiota-gut-brain axis in the aetiology and pathogenesis of neurodevelopmental disorders with unbalanced sex incidence. 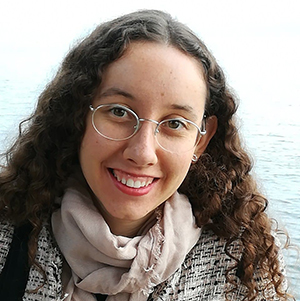