Hepatocellular carcinoma (HCC) complexity and aggressiveness pose a great challenge for the development of effective preventive and therapeutic strategies. Receiving more than half of human body’s blood supply, the liver is often in contact with pathogens and microbe-associated molecular patterns as long as circulating immune cells. Thus, in this work, Schneider and Mohs et al.  tried to shed a light on how the synergistic activity of the dysbiotic microbiota and the immune system impacts the establishment and development of hepatic inflammation leading to HCC.

To address its question, the research team used animal models generated by crossing mice conditionally ablated of the NF-kB essential modulator (NEMO) (NEMOΔhepa), whose absence promotes the spontaneous rising of steatohepatitis progressing towards HCC, with Nlrp6 double knockout (Nlrp6-/-) mice. Animals without NLRP6, which is an inflammasome sensor molecule, develop a dysbiotic colitogenic microbiota. They reported an increased liver injury in the NEMOΔhepa/Nlrp6-/- model compared to the NEMOΔhepa one, characterized by and enhanced CD11b cells and myeloid-derived suppressor cells (mMDSCs) infiltration and reduction in CD8 T cells recruitment.

The lack of NLRP6 also affects the intestinal microbial homeostasis. Indeed, the 16S analysis of cecal samples revealed the development of a unique microbiota in NEMOΔhepa/Nlrp6-/- mice with a significantly expanded Muribaculum presence and a complete disappearance of Akkermansia muciniphila. This specific kind of microbial shift caused a reduction in the integrity of the intestinal barrier, as demonstrated by the impairment of tight junctions (TJ) structure. Conversely, the oral administration of this bacterium to NEMOΔhepa and NEMOΔhepa/Nlrp6-/- mice was enough to ameliorate liver injury and promote intestinal mucus layer reconstitution.

Overall, the lack of NLRP6 heavily remodels the immune microenvironment in the early stage of tumour development promoting the recruitment of myeloid-derived suppressor cells (mMDSCs) and neutrophils, the disruption of the intestinal epithelium, the reduction of T cells presence and the activation of αSMA+ stellate cells, a cell population involved in the HCC-related epithelial-mesenchymal transition.

To evaluate the role of the dysbiotic microbiota on hepatic inflammation, Schneider and Mohs et al.  performed a complete depletion of NEMOΔhepa/Nlrp6-/- mice microbiota which resulted in the restoration of a hepatic immune microenvironment similar to NEMOΔhepa model one. Accordingly, fecal microbiota transfer (FMT) of NEMOΔhepa/Nlrp6-/- into NEMOΔhepa mice caused the emergence of the pro-inflammatory and immunosuppressive phenotype in the latter model because of a commensal microbiota composition shift. Further analysis suggested that NLRP6 absence-driven liver injury is strictly dependent on TLR4 signaling activation at the hematopoietic cells level when the generation of immune-suppressive cell populations occurs as NEMOΔhepa/Tlr4-/- mice showed reduced liver fibrosis and tumour burden and their liver injury was not worsened by NEMOΔhepa/Nlrp6-/- FMT.

This work demonstrates the intertwinement existing between commensal microbiota population shift, loss of intestinal barrier integrity and aberrant activation of the immune system in the rise of hepatic inflammation and in its progression towards HCC in a newly generated model of spontaneous steatohepatitis characterized by intestinal dysbiosis (NEMOΔhepa/Nlrp6-/-). It interestingly suggests that the loss of A. muciniphila within the commensal microbiota along with the activation of TLR4 signaling as early as at the hematopoietic cells’ differentiation stage contribute to the maintenance of the pro-inflammatory environment and to the eventual rising of HCC eased by the establishment of an immunosuppressive microenvironment. Most importantly, a similar phenotype was observed among liver cirrhosis patients who are characterized by an overall increased presence of 16S rRNA and immune cells upregulating immune checkpoint and T cells’ exhaustion genes in the hepatic compartment.

The strong influence that microbiota shift has in reshaping the hepatic inflammatory microenvironment provides solid foundations for the development of microbiota-targeting therapeutic strategies for treating liver inflammation and preventing its natural progression towards HCC. However, further analyses on hepatic human samples aimed at the investigation of the molecular mechanisms underlying the establishment of the observed pro-inflammatory/immunosuppressive microenvironment and at a deeper characterization of microbiome shifts between healthy and non-healthy individuals are needed to design human-optimised therapeutic approaches. 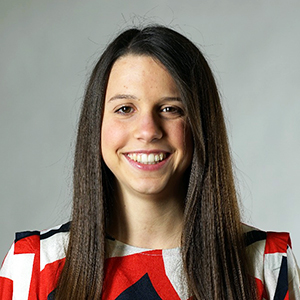