Pancreatic ductal adenocarcinoma (PDAC) is the most prevalent neoplastic disease of the pancreas accounting for more than 90% of all pancreatic malignancies and being the fourteenth on the list of most common cancers and the seventh leading cause of cancer deaths. To date, PDAC is diagnosed using imaging tests and the only Food and Drug Administration (FDA) approved biomarker for this pathology is serum carbohydrate antigen (CA) 19-9, mostly used for disease monitoring rather than screening due to inherent limits of sensitivity and specificity: yet there are currently no screening tools in the clinic, in particular for early disease stages.

In this manuscript, Kartal and colleagues explored the faecal and salivary microbiota as potential diagnostic biomarkers for PDAC. First, they sampled saliva, faeces, pancreatic normal and tumour tissue of 57 newly diagnosed, treatment-naïve patients with PDAC, 29 patients with chronic pancreatitis and 50 controls matched for age and gender. Then, they assessed microbial composition using whole-genome shotgun metagenomics, 16S rRNA amplicon sequencing, and fluorescence in situ hybridization (FISH) assays. As a result, they observed that subject disease status was significantly associated with community composition in faeces but not in saliva. In particular, faecal microbiome composition of patients with PDAC differed from that of both controls and patients with chronic pancreatitis, showing an enrichment of Veillonella atypica, Fusobacterium nucleatum/hwasookii and Alloscardovia omnicolens and a depletion of Romboutsia timonensis, Faecalibacterium prausnitzii, Bacteroides coprocola and Bifidobacterium bifidum. In order to merge the individual signals of univariately associated faecal species into an overarching model, the authors built multispecies metagenomic classifiers (unconstrained model-1 and enrichment-constrained model-2) that robustly and accurately predict PDAC solely based on faecal microbial species, by fitting LASSO logistic regression models in 10-fold cross-validation. According to these models, faecal microbiome may be used to screen for PDAC, being complementary to other testable markers and with added diagnostic accuracy in combined tests: in fact, a combination of microbiome classifiers with CA19-9 data significantly enhance the accuracy of PDAC detection.

To test their metagenomic classifiers, the authors validated them against a different independent population of patients with PDAC and matched controls and against independent, external metagenomic datasets on various health conditions. They observed that, among their two metagenomic classifiers, model-1 showed high accuracy in the author’s selected populations while only limited disease specificity in external validations, capturing non-specific species depletion signals discriminative between PDAC cases and controls but also shared by subjects with other diseases. On the contrary, model-2, constrained to PDAC-enriched features, achieved only moderate accuracy within author’s selected populations due to a penalty on sensitivity, but was highly PDAC-specific with very low false prediction rates in external populations. Finally, the authors confirmed the presence of various key bacterial genera using FISH assays.

In conclusion, faecal microbiome signatures described in this study enabled robust metagenomic classifiers for PDAC detection at high disease specificity, complementary to existing markers, and with potential towards cost-effective PDAC screening and monitoring. Moreover, the panel of PDAC associated bacterial species described in the manuscript may be relevant not only for diagnostic use, but also for future therapeutic intervention and disease prevention. 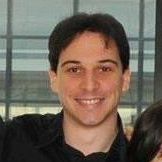 Roberto is a Post-doc researcher in the group led by Prof. Nicasio Mancini at the Laboratory of Microbiology and Virology, Università Vita-Salute San Raffaele. He obtained his Ph.D. in Molecular Medicine working on microbiota analysis. In particular, he has been involved in several studies that have investigated the role of microbiota in the pathogenesis and the development of different pathologies, such as prostate cancer, non-obstructive idiopathic azoospermia, bladder cancer, Lynch syndrome, multiple sclerosis and multiple myeloma. As a result of these studies, he published several papers on these topics on high impact factor journals. Since 2020, he focused also on sequencing adnd study of SARS-CoV-2 virus.