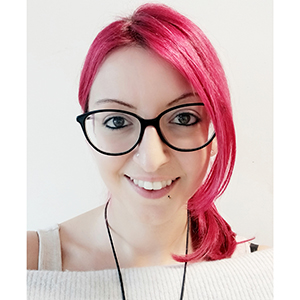 Related Journal Article:  Myelin as a regulator of development of the microbiota-gut-brain axis.

The gut microbiota has a crucial role in the development of brain, gut and immune system. Alterations in its components could induce several diseases, such as gastrointestinal disease, irritable bowel syndrome and psychological disorders such as depression and autism. The bidirectional communication between gut and brain through the microbiota-gut-brain (MGB) axis can occur in several ways. A likely pathway through which the gut can signal to the brain is through the nerves, which have the rapid ability to signal to distant sites thanks to the presence of myelinated axons. Myelin is the principal regulator of axonal conduction in the central nervous system (CNS) and regulates motor, sensory and cognitive functions. The process of myelination in CNS is critical and correlated with brain plasticity and function, and it depends on specialized glial cells known as oligodendrocytes, which integrate neurons and construct the myelin lipid bilayer. At birth, humans are born with unmyelinated axons and myelination occurs in the few years after birth. Since this process, as well as neuronal development, occur during a critical window in early neonatal life, exposure to harmful events during this period could impair cognitive and behavioural functions. In particular, the pre-frontal cortex (PFC) exhibits later myelination and for this reason it is more susceptible to external events such as gut dysbiosis. Since it was established that gut microbiota is necessary for myelination and maintenance of myelin plasticity, Keogh and colleagues demonstrated in this study that neonatal antibiotics (Abx) administration in mice could disrupt the development of MGB axis via altered myelination and that the administration of the short-chain fatty acid (SCFA) butyrate could restore these alterations in the PFC.

The study was conducted on adult mice treated with Abx for a period of 16 days starting from postnatal day to post-weaning. Results shown that neonatal Abx administration led to significant changes in bacterial communities, causing long-term changes in the gut bacterial components, which persisted into adulthood. Moreover, altered host-microbe interaction results in impaired intestinal physiology and dampened innate immunity following neonatal Abx administration. Treated mice shown cognitive deficits, anxiolytic behaviour and an impaired neurogenesis in the hippocampal region, with an increase of myelinated-related genes due to myelin dysregulation.

SCFAs are important for maintaining intestinal health and can modulate brain function and behavior. Butyrate, in particular, improves intestinal physiology ion transport and junction permeability. For this reason, mice were treated with tributyrin (Tb) daily for 4 weeks starting at weaning. Results shown that both cognitive behavioural deficits and anxiolytic behaviours were prevented by Tb administration, and that hippocampal genes expression was restored, suggesting a normalization of Abx-induced impaired neurogenesis by Tb administration.

Taken together, these data suggest that microbiota and microbial metabolites such as butyrate can regulate myelin gene expression within CNS and that dysregulation of this pathway could have long-lasting effects. Myelination can be dysregulated throughout adult life following Abx administration and Tributyrin can reverse this impairment, identifying a crucial role of neonatal microbiota and its metabolites in the establishment of myelination and signaling of gut-brain axis.

Clostridioides difficile behaviour in the inflamed gut: a transcriptional and...
Scroll to top