The role of gut microbiome and metabolome in major depressive disorder: how the gut can influence mental health. 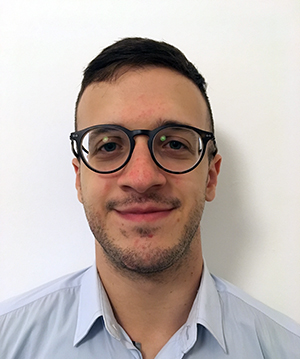 Related Journal Article: Landscapes of bacterial and metabolic signatures and their interaction in major depressive disorders

The role of gut microbiome and metabolome in major depressive disorder: how the gut can influence mental health

Major depressive disorder (MDD) is a well-known mental disorder, which nowadays affects many people worldwide. Unfortunately, the molecular pathogenesis of this disease remains mostly unknown. Besides, the diagnosis is still clinical and relies on DSM-V diagnostic criteria, since there are still no biomarkers available that can be used to help clinicians to formulate the diagnosis.

Gut microbiota is known to have a critical role in the physiopathogenesis of different neuropsychiatric disorders, via the so-called “microbiota-gut-brain” axis, and MDD is one of them. So far, researchers only used the “low resolution” 16s rRNA sequencing method to characterize the microbiota of these patients, but in a recent study published on Science Advances, the authors used shotgun metagenomic method to investigate the different fecal microbial composition of MDD patients and healthy controls (HCs). Moreover, for the first time, virome was included in the study.

As for bacteria species, they found out that 18 species were more abundant in people with MDD, while 29 were less common. The 18 species that are enriched in MDD patients mainly belong to the genus Bacteroides, while the 29 depleted species to the genus Blautia and Eubacterium. The increase in Bacteroides bacteria, which are known to induce cytokine production, could create a state of increased inflammation in the human host. Meanwhile, the decreased number of bacteria of the Blautia genus, known for their anti-inflammatory effects, might contribute to worsening the pro-inflammatory scenario and this might be one of the co-factors consequently leading to MDD.

As we already said, this is the first study also focusing on virome: the authors found 1 bacteriophage (Escherichia_phage) whose level was increased in MDD patients, and 2 bacteriophages (Clostridium_phage and Klebsiella_phage) that were more abundant in HCs. These findings show the possible importance of   exploring also virome, since phages and their bacterial hosts might also have a role in the development of the disease. Nevertheless, these findings need to be more deeply investigated in future studies.

The study also analyzed fecal metabolites, using gas chromatography-mass spectrometry (GC-MS). The results are quite interesting: MDD patients fecal samples contained an enriched quantity of 16 metabolites, and a reduced quantity of 34 compounds. Most of the molecules are involved in amino acid metabolism: in particular gamma-aminobutyric acid (GABA), phenylalanine and tryptophan metabolism. The authors hypothesize that the dysregulation of GABA levels and its metabolites (N-acetylornithine, proline, oxoproline and glutathione) in the gut may be correlated with anomalies in GABAergic functions in the brain, thus leading to MDD symptoms in the patients. Furthermore, the analysis conducted on MDD patients’ fecal samples showed reduced levels of most of the genes involved in phenylalanine catabolic pathway (AOC3, hpaB, hpaE, hpaG).

The authors also tried to create a biomarker panel, which could well differentiate MDD patients from HCs and they succeeded in finding a model consisting of 2 species of bacteria, 2 types of bacteriophage viruses and 2 different metabolites: using this model they were able to correctly identify MDD patients 90% of the times.

In conclusion, this study for the first time uncovers the deep reciprocal interactions among altered levels of bacteriophages, bacteria and fecal metabolites and underlines how, taken altogether, these factors may contribute to MDD. Anyway, the specific mechanisms underneath these findings need to be better characterized in future animal studies. Also, we need to figure out how gut microbiome disturbances influence human mental health and if MDD can cause a change in diet behavior which can consequently change gut microbiome composition, making the so-called “microbiota-gut-brain” a bidirectional axis. That is why these findings represent a crucial starting point to uncover pathogenesis and, possibly, develop new therapeutic strategies for MDD patients.