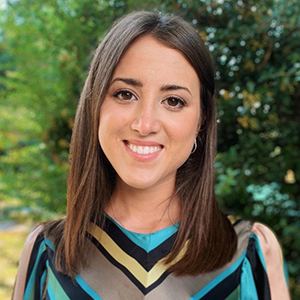 The host-microbe interaction plays a key role in maintaining homeostasis. Nevertheless, this interaction can be disturbed by several factors, for example, daily dietary nutrients can shape gut microbiota. In particular, proteins and fibers have the strongest impact on the composition, structure and function of gut microbes. Moreover, an intimate link between the gut microbiota and psychological stressors exists.
To date, little is known about the mechanisms that modulate the interaction between diet, lifestyle and gut microbes. However, many studies are focusing their attention on better understanding this host-microbe interplay, where gut microbiota could be seen as a central hub in mediating physiological and external factors.

In this study, Hou and colleagues shed light on the possible mechanisms that underlie the link between diet and stress in predicting the status of gut epithelium and the impact on microbiota composition.
They used a mouse model of chronic restraint stress (RS) which consisted in leaving the mice in a plastic mouse holder for 4 hours per day with no access to food and water. Mice were fed with two different diets a chow/standard diet (SD) or an isocaloric purified diet (PD) consisting of high refined ingredients (casein, corn starch, maltodextrin, sucrose, cellulose, soybean oil, etc.) each of which essentially contains one main nutrient and little to no non-nutrient chemicals. Histological analysis on colonic and small intestinal epithelium have revealed a more pronounced reduction of crypt size and villi length in restraint stressed mice fed with PD compared to the SD. In addition, they observed that a stress condition and a PD led to a severe loss of intestinal stem cells (ISC). These data suggest that modifications of the diet and psychological stress have an impact on gut epithelium, that could be explained by a different response of stem cell maintenance. Moreover, fecal 16s ribosomal RNA gene sequencing of SD or PD-fed mice, revealed a change of Lactobacillus spp. After 14 days in RS, mice under PD showed a reduction of the relative abundance of Lactobacillus compared to SD-fed mice. This scenario did not change after exposing the mice to dextran sulfate sodium (DSS) at the end of RS treatment. This evidence reveals that these bacteria genera might mediate the effect of dietary intervention on gut epithelium changes.

To better understand the link between alterations in stressed-gut microbiota and epithelium response, they performed fecal microbiota transplant (FMT) from SD-fed control and stressed mice into germ free (GF) mice. After the treatment with DSS to induce epithelial injury, they observed an attenuate colitis phenotype showing that a stress-adapted microbiota is less sensitive to chemical injury (or another stress). Furthermore, they found that Lactobacillus was the most dominant species in recipient mice of RS-donors, confirming its protective role on intestinal epithelium.

Dietary components have an impact on epithelium response after RS exposure. For this reason, Hou et al. investigated how SD components might provide a favorable condition for Lactobacillus spp. expansion during stress.
The main component of SD is raffinose, a dietary soluble fiber present in vegetables, scarcely found in PD.
To understand the role of raffinose on epithelium response to stress, they fed mice with raffinose-supplemented PD (RD). They found an evident increase of stem cells density in the small intestine and colon after stress. Moreover, raffinose was able to promote the growth of L. reuteri suggesting that raffinose appears to be the major actor in protecting the gut epithelium under stress conditions. In fact, raffinose and its metabolites, such as fructose, promote ISC proliferation in stressed mice and potentiate the self-expansion of isolated intestinal crypts into organoids.

In conclusion, this study shows that dietary components and psychological stress affect gut microbial metabolism and its crosstalk with ISCs. In particular, raffinose and L. reuteri constitute a metabolic feedforward circuit that promotes the ISC proliferation. Taking this evidence into account, strengthening the microbiota with Lactobacillus or with dietary supplementation of raffinose and/or fructose, may represent a way to increase the individual resilience to psychological stress-induced gut disorders.

Urinary Microbiome and its Correlation with Disorders of the Genitourinary ...