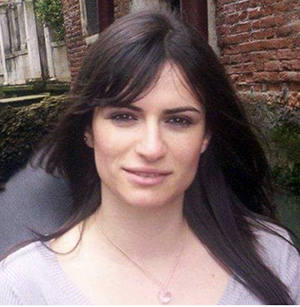 It is known that female sex is more susceptible to sexually-transmitted pathogens, and the resulting infections may also increase the risk of contracting HIV.  The reasons are manifold: first of all, the inflammation of the female genital tract deriving from a sexually-transmitted infection causes a local increase in cells that can be infected by HIV; secondly, there is an increased expression of HIV co-receptors on the cells of the genital mucosa as confirmed by some studies performed on biopsies of the uterine cervix.

Another key aspect that has attracted attention in recent years is the vaginal microbiome. Several studies already correlated vaginal microbiota alterations with the probability of contracting HIV infection. On this line, a recent study  by Noël-Romas et al. described an association between microbiome, hormonal contraceptives and susceptibility to HIV. They studied the vaginal microbiome of 685 women from the CAPRISA-004 trial by dividing them into two groups based on bacterial component: those who were Lactobacillus dominant (LD) and those who were non-Lactobacillus dominant (non-LD). Women on both groups used three different types of oral contraceptives including injectable medroxyprogesterone acetate depot (DMPA), norethisterone enanthate (NET-EN), and combined oral contraceptives (COCs). In the non-LD group, the probability of getting infected with HIV was similar with any hormonal contraceptive they used. On the other hand, in women belonging to the LD group, the risk of getting infected with HIV is 3 times higher in women using DMPA than in those using NET-EN and COC. This occurs because high levels of DMPA in serum induce an increase in the activation of the inflammatory pathways of the vaginal mucosa. This increase is higher in subjects with an eubiotic environment, whereas is less evident in already inflamed dysbiotic women .

To conclude,  the study by Noël-Romas strongly suggests a close interplay among certain types of contraceptives, the vaginal microbiota and the risk of contracting HIV.  In a pandemic era, such as the one we are currently living in, it is important to remember that other pandemic viruses are not over yet, starting from HIV. This study may help in keeping high the attention on this topic even in categories of women at lower risk of contracting HIV infection.

Evidence for strong environmental control on bacterial microbiomes of Antarctic...
Scroll to top