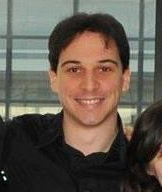 One of the most longstanding and unresolved problems in radiotherapy is radiation injury: after partial or total body exposure to ionizing radiation, an acute radiation syndrome or sickness (ARS) may occur, leading to poor hematopoietic recovery and injury to gastrointestinal tract. Although some previous studies showed the association between gut microbiota and radiation-induced damage, none of them has deepened the mechanism behind this association. In this manuscript, Guo and colleagues discovered that a distinct gut microbiome composition and specific bacterial metabolites could offer substantial protection against radiation-induced damage in mice. First, they exposed mice to a high dose of total body radiation and observed that a small percentage of these mice could survive: they called them “elite-survivors”. Subsequently, the authors performed high-throughput gene-sequencing analysis of 16S ribosomal RNA in fecal bacterial DNA isolated from elite-survivors and control mice: interestingly, elite survivors harbored a distinct bacterial community compared to control mice. In order to study the contribution of microbiota to radioprotection, the authors performed a “cohousing” assay, transferring fecal microbiota samples through dirty cage-sharing experiment, and a fecal microbiota transplantation experiment, demonstrating that microbiota from elite-survivors protected germ free and specific pathogen free recipient mice by promoting hematopoietic proliferation, reducing cell death and elevating survival rates. Microbiota analysis revealed that Lachnospiraceae and Enterobacteriaceae were the most enriched bacteria in the elite-survivors and monoassociation studies confirmed the protective role of these bacteria in promoting hematopoiesis and attenuating gastrointestinal damage. Then, in order to discover if these bacterial taxa might be of relevance to human, the authors undertook a clinical study: in fecal samples of leukemia patients undergoing radiotherapy they observed that Lachnospiraceae and Enterobacteriaceae were significantly more abundant in subjects with fewer adverse effects, with a statistically significant negative correlation between the abundance of these bacteria and the occurrence of gastrointestinal adverse effects. Finally, the authors demonstrated that enhanced short chain fatty acid production by Lachnospiraceae played a role in the protective effect against radiations. In particular, they showed that propionate had a role by alleviating the effects of DNA damage and diminishing the release of reactive oxygen species generated by ionizing radiation. Moreover, using an unbiased metabolomics approach on fecal samples from elite-survivors, the authors identified two tryptophan metabolites that provided long-term radioprotection in vivo.

In conclusion, in this study Guo and colleagues demonstrated that Lachnospiraceae, Enterobacteriaceae and their metabolic products had a role in protecting host from ARS by promoting hematopoiesis and reducing gastrointestinal damage. These findings are particularly interesting because, to date, treatment options for adverse side effects of radiation exposure are limited and expensive and intervening on the microbiota and metabolites could be a promising way to complement or replace current treatments.

Immunoglobulin A Targets a Unique Subset of the Microbiota in Inflammatory Bowel...