Antiviral potential of the gut microbiota 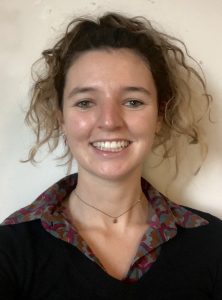 Antiviral potential of the gut microbiota

Type I Interferons (IFN-I) represent one of the first lines of defense against viral infections. They are rapidly upregulated by almost every cell in the body upon stimulation of different pattern recognition receptors. However, low levels of IFN-I are constitutively expressed and play homeostatic functions. The cellular sources and the stimuli that regulate IFN-I induction in the absence of infection are still under study.

Stefan et al. elegantly show that in mice the commensal microbiota induces IFN-β expression. They demonstrate that Bacteroides fragilis, a common member of the gut microbiota, enhances the expression of IFN-β by colonic lamina propria dendritic cells. In particular, the glycolipid portion of polysaccharide A (PSA), an immunomodulating component of B. fragilis outer membrane, activates TLR4-TRIF pathway leading to IFN-β induction.

In mice, depletion of the commensal microbiota with broad spectrum-antibiotics impaired natural resistance to vesicular stomatitis virus (VSV) due to the absence of homeostatic IFN-β. PSA administration alone was sufficient to restore protection from VSV in antibiotics-treated mice via IFN-β induction.

These findings pave the way for the development of alternative approaches to exogenous IFN-I therapies by delivery of IFN-β-inducing microbial molecules such as PSA.

Completing the Picture – Capturing the Resistome in Antibiotic Clinical...